1. Address the “human side” systematically.

Any significant transformation creates “people issues.” New leaders will be asked to step up, jobs will be changed, new skills and capabilities must be developed, and employees will be uncertain and resistant. Dealing with these issues on a reactive, case-by-case basis puts speed, morale, and results at risk. A formal approach for managing change — beginning with the leadership team and then engaging key stakeholders and leaders — should be developed early, and adapted often as change moves through the organization. This demands as much data collection and analysis, planning, and implementation discipline as does a redesign of strategy, systems, or processes. The change-management approach should be fully integrated into program design and decision making, both informing and enabling strategic direction. It should be based on a realistic assessment of the organization’s history, readiness, and capacity to change.

Because change is inherently unsettling for people at all levels of an organization, when it is on the horizon, all eyes will turn to the CEO and the leadership team for strength, support, and direction. The leaders themselves must embrace the new approaches first, both to challenge and to motivate the rest of the institution. They must speak with one voice and model the desired behaviors. The executive team also needs to understand that, although its public face may be one of unity, it, too, is composed of individuals who are going through stressful times and need to be supported.

Executive teams that work well together are best positioned for success. They are aligned and committed to the direction of change, understand the culture and behaviors the changes intend to introduce, and can model those changes themselves. At one large transportation company, the senior team rolled out an initiative to improve the efficiency and performance of its corporate and field staff before addressing change issues at the officer level. The initiative realized initial cost savings but stalled as employees began to question the leadership team’s vision and commitment. Only after the leadership team went through the process of aligning and committing to the change initiative was the work force able to deliver downstream results. 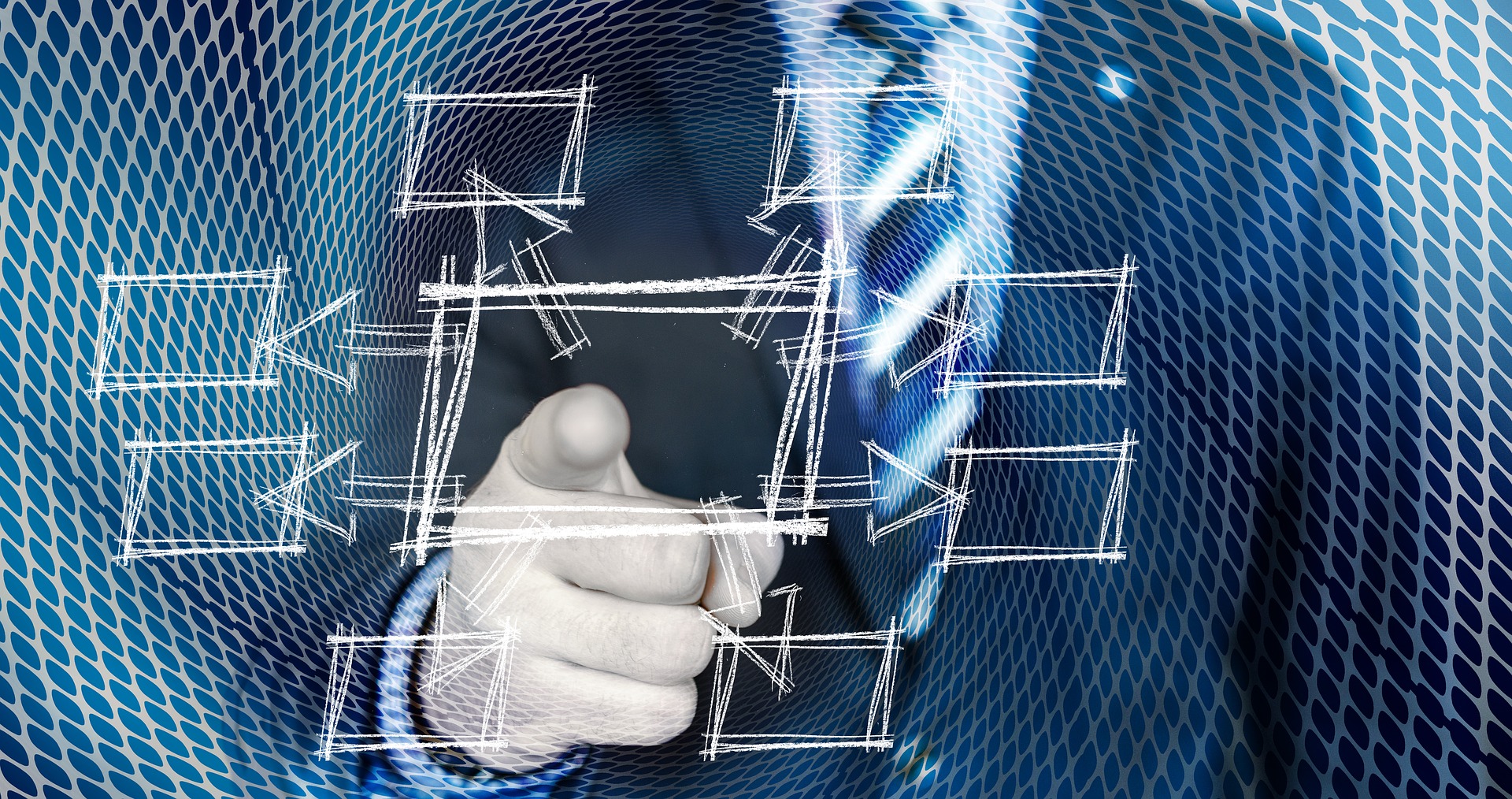 As transformation programs progress from defining strategy and setting targets to design and implementation, they affect different levels of the organization. Change efforts must include plans for identifying leaders throughout the company and pushing responsibility for design and implementation down, so that change “cascades” through the organization. At each layer of the organization, the leaders who are identified and trained must be aligned to the company’s vision, equipped to execute their specific mission, and motivated to make change happen.

A major multiline insurer with consistently flat earnings decided to change performance and behavior in preparation for going public. The company followed this “cascading leadership” methodology, training and supporting teams at each stage. First, 10 officers set the strategy, vision, and targets. Next, more than 60 senior executives and managers designed the core of the change initiative. Then 500 leaders from the field drove implementation. The structure remained in place throughout the change program, which doubled the company’s earnings far ahead of schedule. This approach is also a superb way for a company to identify its next generation of leadership.

Individuals are inherently rational and will question to what extent change is needed, whether the company is headed in the right direction, and whether they want to commit personally to making change happen. They will look to the leadership for answers. The articulation of a formal case for change and the creation of a written vision statement are invaluable opportunities to create or compel leadership-team alignment.

Three steps should be followed in developing the case: First, confront reality and articulate a convincing need for change. Second, demonstrate faith that the company has a viable future and the leadership to get there. Finally, provide a road map to guide behavior and decision making. Leaders must then customize this message for various internal audiences, describing the pending change in terms that matter to the individuals.

A consumer packaged-goods company experiencing years of steadily declining earnings determined that it needed to significantly restructure its operations — instituting, among other things, a 30 percent work force reduction — to remain competitive. In a series of offsite meetings, the executive team built a brutally honest business case that downsizing was the only way to keep the business viable, and drew on the company’s proud heritage to craft a compelling vision to lead the company forward. By confronting reality and helping employees understand the necessity for change, leaders were able to motivate the organization to follow the new direction in the midst of the largest downsizing in the company’s history. Instead of being shell-shocked and demoralized, those who stayed felt a renewed resolve to help the enterprise advance.

Leaders of large change programs must overperform during the transformation and be the zealots who create a critical mass among the work force in favor of change. This requires more than mere buy-in or passive agreement that the direction of change is acceptable. It demands ownership by leaders willing to accept responsibility for making change happen in all of the areas they influence or control. Ownership is often best created by involving people in identifying problems and crafting solutions. It is reinforced by incentives and rewards. These can be tangible (for example, financial compensation) or psychological (for example, camaraderie and a sense of shared destiny).

At a large health-care organization that was moving to a shared-services model for administrative support, the first department to create detailed designs for the new organization was human resources. Its personnel worked with advisors in cross-functional teams for more than six months. But as the designs were being finalized, top departmental executives began to resist the move to implementation. While agreeing that the work was top-notch, the executives realized they hadn’t invested enough individual time in the design process to feel the ownership required to begin implementation. On the basis of their feedback, the process was modified to include a “deep dive.” The departmental executives worked with the design teams to learn more, and get further exposure to changes that would occur. This was the turning point; the transition then happened quickly. It also created a forum for top executives to work as a team, creating a sense of alignment and unity that the group hadn’t felt before.

Too often, change leaders make the mistake of believing that others understand the issues, feel the need to change, and see the new direction as clearly as they do. The best change programs reinforce core messages through regular, timely advice that is both inspirational and practicable. Communications flow in from the bottom and out from the top, and are targeted to provide employees the right information at the right time and to solicit their input and feedback. Often this will require overcommunication through multiple, redundant channels.

In the late 1990s, the commissioner of the Internal Revenue Service, Charles O. Rossotti, had a vision: The IRS could treat taxpayers as customers and turn a feared bureaucracy into a world-class service organization. Getting more than 100,000 employees to think and act differently required more than just systems redesign and process change. IRS leadership designed and executed an ambitious communications program including daily voice mails from the commissioner and his top staff, training sessions, videotapes, newsletters, and town hall meetings that continued through the transformation. Timely, constant, practical communication was at the heart of the program, which brought the IRS’s customer ratings from the lowest in various surveys to its current ranking above the likes of McDonald’s and most airlines.

Successful change programs pick up speed and intensity as they cascade down, making it critically important that leaders understand and account for culture and behaviors at each level of the organization. Companies often make the mistake of assessing culture either too late or not at all. Thorough cultural diagnostics can assess organizational readiness to change, bring major problems to the surface, identify conflicts, and define factors that can recognize and influence sources of leadership and resistance. These diagnostics identify the core values, beliefs, behaviors, and perceptions that must be taken into account for successful change to occur. They serve as the common baseline for designing essential change elements, such as the new corporate vision, and building the infrastructure and programs needed to drive change.

Once the culture is understood, it should be addressed as thoroughly as any other area in a change program. Leaders should be explicit about the culture and underlying behaviors that will best support the new way of doing business, and find opportunities to model and reward those behaviors. This requires developing a baseline, defining an explicit end-state or desired culture, and devising detailed plans to make the transition.

Company culture is an amalgam of shared history, explicit values and beliefs, and common attitudes and behaviors. Change programs can involve creating a culture (in new companies or those built through multiple acquisitions), combining cultures (in mergers or acquisitions of large companies), or reinforcing cultures (in, say, long-established consumer goods or manufacturing companies). Understanding that all companies have a cultural center — the locus of thought, activity, influence, or personal identification — is often an effective way to jump-start culture change.

A consumer goods company with a suite of premium brands determined that business realities demanded a greater focus on profitability and bottom-line accountability. In addition to redesigning metrics and incentives, it developed a plan to systematically change the company’s culture, beginning with marketing, the company’s historical center. It brought the marketing staff into the process early to create enthusiasts for the new philosophy who adapted marketing campaigns, spending plans, and incentive programs to be more accountable. Seeing these culture leaders grab onto the new program, the rest of the company quickly fell in line.

9. Prepare for the unexpected.

No change program goes completely according to plan. People react in unexpected ways; areas of anticipated resistance fall away; and the external environment shifts. Effectively managing change requires continual reassessment of its impact and the organization’s willingness and ability to adopt the next wave of transformation. Fed by real data from the field and supported by information and solid decision-making processes, change leaders can then make the adjustments necessary to maintain momentum and drive results.

A leading U.S. health-care company was facing competitive and financial pressures from its inability to react to changes in the marketplace. A diagnosis revealed shortcomings in its organizational structure and governance, and the company decided to implement a new operating model. In the midst of detailed design, a new CEO and leadership team took over. The new team was initially skeptical, but was ultimately convinced that a solid case for change, grounded in facts and supported by the organization at large, existed. Some adjustments were made to the speed and sequence of implementation, but the fundamentals of the new operating model remained unchanged.

10. Speak to the individual.

Change is both an institutional journey and a very personal one. People spend many hours each week at work; many think of their colleagues as a second family. Individuals (or teams of individuals) need to know how their work will change, what is expected of them during and after the change program, how they will be measured, and what success or failure will mean for them and those around them. Team leaders should be as honest and explicit as possible. People will react to what they see and hear around them, and need to be involved in the change process. Highly visible rewards, such as promotion, recognition, and bonuses, should be provided as dramatic reinforcement for embracing change. Sanction or removal of people standing in the way of change will reinforce the institution’s commitment.

Most leaders contemplating change know that people matter. It is all too tempting, however, to dwell on the plans and processes, which don’t talk back and don’t respond emotionally, rather than face up to the more difficult and more critical human issues. But mastering the “soft” side of change management needn’t be a mystery. 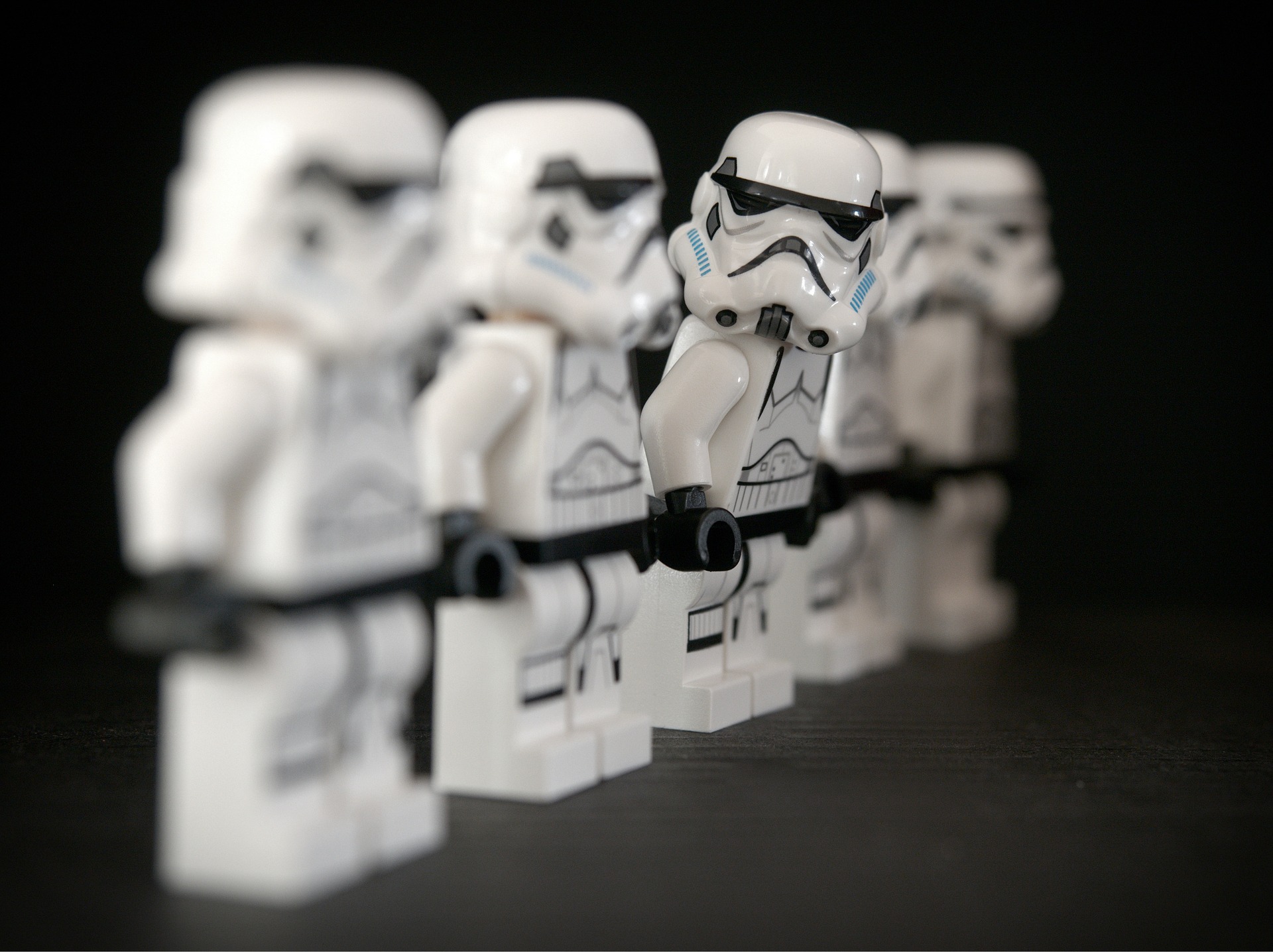